Free shipping on all orders over $50!

Green Malay Kratom: Getting to Know the Strain

Green Malay kratom is one of many types of kratom strains that you may come across. Despite the name, Malay kratom is not necessarily from Malaysia. The name is simply used for branding reasons. Generally speaking, of the different strains of Malay kratom, Green Malay is the most popular.

As the name implies, Green Malay kratom is a green-veined variety of kratom. The leaves can be greenish-white to greenish-red. The leaves are usually between one and seven inches long. Typically, Green Malay grows in tropical jungles that are incredibly dense in Southeast Asia.

What Does “Green” Mean?

Overall, green-veined kratom tends to deliver effects such as focus without sacrificing energy. Red vein kratom is more relaxing, delivering that feeling of overall well-being. White kratom is a common choice for those who want motivation or focus.

Just remember that the effects of kratom strains can vary somewhat between people, as your body reacts uniquely.

Effects of the Strain

Malay kratom strains, including Green Malay, tend to be chosen for their ability to deliver relaxation or energy. It can also help with focus and overall feelings of well-being.

Timing of the Effects

Compared to some of the other strains in the kratom family, be prepared for the effects of your Green Malay kratom to last a little bit longer. On the flip side, Green Malay tends to be less powerful than white vein kratom, so while the effects will last longer, they likely won’t be quite as strong.

The effects of Green Malay kratom use tend to come on slowly and gradually in a smooth process. This contrasts with some other substances and strains with effects that seem to hit you all at once.

What About Super Green Malay Kratom?

How Much to Consume — Start Small

Whether you plan to enjoy Green Malay kratom or another kratom strain, you should always start small, especially as a beginner. You do not want to accidentally consume too much of the green vein and be overwhelmed by the kratom’s effects.

Remember that Green Malay kratom is one of the more potent strains, with high levels of both Mitragynine and 7-hydroxymitragynine. As such, it is especially important to start with low doses of this kratom strain. You can try higher doses in the future. As your kratom exposure increases, you can enjoy high doses of Malaysian kratom while taking kratom.

What Forms Does Green Malaysian Kratom Come In?

Like most other strains of the kratom leaf, you can get Green Malay kratom in a variety of forms. Kratom powder made from the dried leaves is incredibly popular, either in its powder form or within a capsule. You can also sometimes find tinctures and other forms.

Kratom extracts are highly concentrated forms of kratom. They may or may not contain Green Malay kratom, but you will be hard-pressed to find one that specifically mentions it includes this strain. That is because most extracts use a combination of strains.

If you want an extract made from Green Malay kratom, however, you could make it yourself. Simply buy some of the dark green vein kratom powder and the other supplies. You can even combine it with white vein strains or Super Green Malay.

Where to Buy Green Malay Kratom

Green Malay kratom is one of the most popular strains of kratom, which means it is readily available. But you don’t want to just buy your kratom from anywhere. Some manufacturers don’t use high-quality kratom leaves or don’t check for contaminants. That is especially important as kratom is treated as an herbal supplement or dietary supplement by the Drug Enforcement Administration, so there are no testing requirements.

Look for AKA Membership

One sign that you have found a reliable kratom company is if they are a member of the American Kratom Association (AKA). They will mention this on their website and likely have the logo prominently displayed. This membership indicates their Green Malay kratom is likely high-quality as it must meet the AKA’s requirements.

You should also look for GMP compliance, as this indicates that the facilities are clean and in good condition.

Look for Information on the Kratom

The best companies will also have information about the kratom farmers or the kratom trees their products come from. This can be as simple as a sentence saying where in Southeast Asia or the world growing kratom occurs for them.

To get only what Green Malay kratom offers without the potential risks of contaminants, look for companies that lab test their products. They should test for common contaminants and do testing to confirm the alkaloid concentration. That confirmation of concentration will help you avoid a kratom overdose when enjoying your Green Malay.

If They Have What You Want

You should also always read reviews before deciding where to buy your Green Malay strain or any other kratom product. Combined with the previous things to look for, positive reviews help tell you that kratom consumption of their products is safe and the products are not counterfeit.

Green Malay is a fairly potent, widely available kratom strain. It can deliver feelings of well-being, motivation, focus, and relaxation. As with any of the other kratom leaves, you want to make sure to buy it from a reputable manufacturer.

Ways to Maximize Your Fitness Goals in 2023

The Best Herbal Remedies of 2023 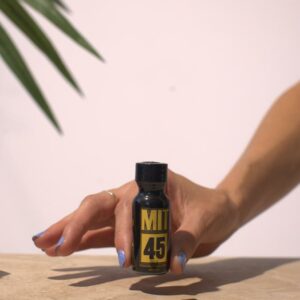 How to Use Kratom Extract: Your Complete Guide

Must be of legal age to purchase these products. The manufacturer and distributors of these products assume no liability for the misuse or misrepresentation of these products. Keep out of reach of children and pets. Avoid contact with eyes. We do not ship to the following US states, counties, and cities where kratom is banned: Alabama, Arkansas, Indiana, Rhode Island, Vermont, Wisconsin, Sarasota County (FL), Union County (NC), Denver (CO), and San Diego (CA).